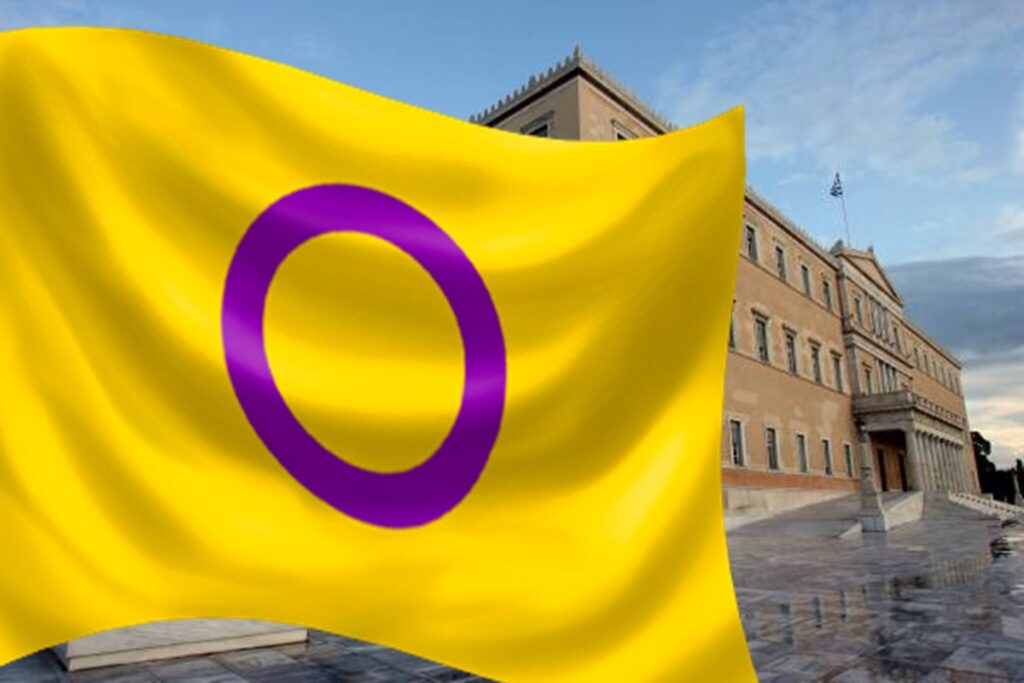 The Greek Transgender Support Association (GTSA), is a voluntary non-governmental organization that promotes the rights and freedoms of trans, gender-diverse, intersex and LGBTI persons in general, with this press release honors the International Day of Remembrance and Solidarity for Intersex Persons.

November 8 has been designated internationally as the International Day of Remembrance and Solidarity for Intersex Persons, and has been established on the occasion of the birthday of Herculine Barbin (1838–1868), a French intersex, who committed suicide as a result of the multiple abuses she had received as an intersex person, whose memoirs were written by Michel Foucault.

From the Barbin era until today, intersex persons, like trans people, are often considered “suspicious”, that they “cheat” in relation to their gender, are publicly devalued and humiliated, and especially and often in infancy without the possibility of consent are subject to normalization of genital surgeries as well as other medical procedures that are not only not medically necessary, but have been categorized by international organizations in the category of torture.

In addition, intersex adults are vulnerable to violence and even hate murders, such as the incident of an intersex person from Kenya in 2015, who was murdered by his own family when four men hired to drive him to a remote location, drugged him, cut off his genitals and he died a horrible death from bleeding a few days later.

Negative behaviors against intersex persons, in most countries of the world, are considered acceptable, to the extent that intersex children are subjected to extreme violence.

In addition to the cases recommended by doctors in antenatal care to terminate the pregnancy when it is determined that the infant is pregnant is intersex, and in addition to the normalized surgeries, they are often killed by their own parents to avoid the stigma.

A typical case was recorded in 2017, when a father was convicted after three attempted murders of his child in China because he considered the child as a “monster”. After he was arrested, he stated that he could not stand that his child did not belong to any of the dominant sexes, while he did not have the money to apply the well-known method of normalization surgeries to the child.

As mentioned above, these practices of non-consensual genital surgery have been classified in the same category as Female Genital Mutilation (FGM) , and which have been condemned as torture by the United Nations, who called all Member States to ban them.

On this day, we honor all intersex persons, and especially intersex infants and children who have been victims of this inhuman violence, torture, murder or horrific discrimination and stigma.

In the direction of the minimum restoration of all the above, we call on the Greek Government to incorporate in the legal order of our country the commitments of the Resolution 2191 (2017) of the Council of Europe in their entirety, of the Resolution of the European Parliament of 14 February 2019, as we have suggested in our relevant press release from October 26, 2021, on the occasion of the International Awareness Day for Intersex Persons , as well as the Report of the Commission for the National Equality Strategy of LGBTQI +, where in the third chapter [3. Societies without exclusions for LGBTQI+ persons], on issues concerning intersex persons states that:

[…] A key issue that should be institutionalized is the prohibition of unnecessary medical “sex normalization” surgeries, sterilization and other treatments or interventions applied to intersex infants and children, including cosmetic or preventive interventions and medical interventions in general such as hormone replacement at the age of less than 12 years aimed at changing sex characteristics. It is also advisable to facilitate the change of the registered gender, on the basis of self-determination.
Secondly, it is necessary to add the criterion “sex characteristics” in all relevant legislative texts. Legislative protection against discrimination on grounds of sex characteristics must be extended to other areas of life besides work (education, health and insurance, asylum, etc.).
Thirdly, medical services offered to intersex persons, and in particular to infants and children, should be provided with respect for special needs and, above all, to ensure that individuals have the right to decide for themselves when they are of appropriate age and maturity with all possible versions of their identity open. Health care should be provided by specialized interdisciplinary teams, which will not pathologize intersex children, but will prioritize their needs, their rights and their short-term and long-term benefit.
Fourth, a more general problem that needs to be addressed, but which is reasonably more concerned with intersex persons, is the inability to access medical records and their medical histories for life.
Fifth, the adequacy of psychosocial support mechanisms for intersex people and their families by intersex-trained therapists should be ensured […]

The Greek Transgender Support Association (GTSA) will continue to work to eliminate all forms of torture, violence and discrimination against intersex persons, in solidarity with the struggle of our intersex fellow human beings and their families who suffer from stigma.