PRESS RELEASE: «International Transgender Day of Visibility- TDoV | The GTSA calls on the State to meet its obligations for more rights for trans people»

Subject: «International Transgender Day of Visibility- TDoV | The GTSA calls on the State to meet its obligations for more rights for trans people» 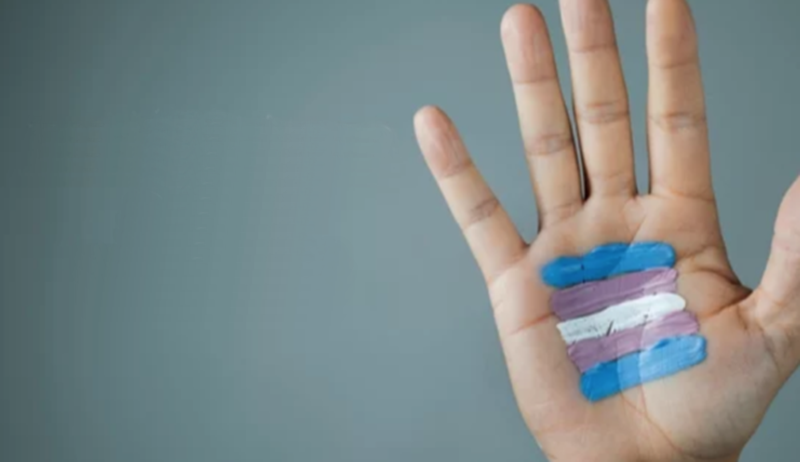 The Greek Transgender Support Association (GTSA), is a voluntary non-governmental organization that promotes the rights and freedoms of trans, gender-diverse, and LGBTQI persons in general, as well as sex workers, with this press release on the occasion of the International Transgender Day of Visibility (TDoV), which is celebrated worldwide every year on March 31, calls on the State to meet its European and international obligations to deepen and secure the rights and freedoms of the trans community.

The International Transgender Day of Visibility, is celebrated every year on March 31 in many countries and cities around the world and is dedicated to visibility and awareness of the discrimination faced by trans and gender diverse persons. The day has been celebrated since 2009, in memory of the struggles of trans activist Rachel Crandal for the lack of recognition of trans people, but also the opposite of the other International Day, which is celebrated every year on November 20, the International Day of Trans Remembrance that honors trans persons who were murdered around the world on the altar of irrational hatred and transphobia, as a necessity to honor the lives, the tangible struggle and to strengthen the visibility of trans people, because the lives of trans people matter, just like any human being who fights for rights and freedoms.

Especially the community of trans and gender diverse people in our country, faces a number of violations of fundamental rights and discrimination in all areas of daily life, such as:

Specifically, despite the fact that the legislation on legal recognition of gender identity (L.4491 / 2017) was a first positive step that explicitly recorded the existing case law of 2016 (Mag. Court. Athens, D. 418/2016), this law fails to meet the needs of our community, as it does not meet the international and European obligations of our country for the rights of trans, gender diverse and intersex people.

The procedure remains judicial and this, in addition to all the problems of privacy violations that have been recorded since the implementation of the law , does not comply with Resolution 2048/2015 of the Parliamentary Plenary Session of the Council of Europe (CoE) , according to which the procedure must be fast, transparent, based solely on self-determination of person, and non-discriminatory.

On the contrary, the judicial process in our country, is very time consuming and bureaucratic, it is not based on self-determination as the change of documents is decided by a court, while it involves discrimination based on the financial situation of the person as it costs a lot of money and this is particularly problematic as our community faces with discrimination and exclusion in the workplace.

It also excludes married persons and this, in addition to violating the aforementioned CoE Resolution, does not correspond to the spirit and letter of the desicion of the Court of Justice of the European Union (CJEU) in case C-451/16 (MB v. Secretary of State for Work and Pensions) , as well as in the decision of 28 June 2017 of the UN Human Rights Committee , while it is worth noting that the Scientific Service of the Greek Parliament had pointed out that this exclusion is unlawful . It should also be noted the case law in a number of Member States in Europe, whose national courts have regarded unmarried status as an unequal treatment for the legal recognition of gender identity. Typical are the relevant decisions of the Constitutional Court of Austria (2006) , the Constitutional Court of Germany (2008) , the Constitutional Court of Italy , the Court of Switzerland (1996) , and the Court of Appeal of France (2012) .

In addition, it discriminates on the grounds of age, in contrast to the recommendations of Resolution 2048/2015 of the CoE, as the legislation sets a lower limit of 15 years, while in the ages from 15 to 17, the procedure is highly medical since the person must goes through an interdisciplinary committee. Our country should follow the example of other countries that have no age limit at all such as Switzerland, Moldova, Malta, Germany, Croatia, Belarus, Austria, and Norway (which is 6 years old).

Furthermore, the registration of gender and first name in any existing children does not change, according to Resolution 2048/2015 of the CoE, as a result of which the secrecy of the procedure is violated, as well as the private and family life of the person, while it is not explicitly stated in provision the possibility of third gender registration for as many persons as they wish, according to Resolution 2048/2015 of the CoE, which was confirmed by Resolution 2191/2017 for intersex persons, while this necessity also arises from Decision 67/2018 of the Magistrates’ Court of Marousi , as well as from Decision 153/2020 of the Magistrate Court of Kallithea .

Finally, the procedure does not include an explicit provision for the change of gender and first name for persons who are not registered in the Greek Registries and especially in trans refugees, while Article 4 of the law provides that the court decision is registered in the relevant Registry. Legal recognition of gender identity is a gateway to the enjoyment of fundamental rights and freedoms for trans refugees, while refusing to change their documents is a discrimination based on gender. The need to include trans refugees in the legislation arises from practices in the Council of Europe countries, all of which undoubtedly report the need to change the documents for trans refugees, as well as data of a relevant case that the United Nations had supported the change of documents of a trans refugee woman, as well as a series of case law in our country, such as Decision 444E/2018 of the Magistrates Court of Thessaloniki , Decision 136/2018 of the Magistrates Court of Mytilene , as well as and Decision of the Athens Magistrates’ Court in 2020 .

All of the above, contributes to the obvious conclusion, that the legislation should be amended following -among other – the recommendations of the National Commission for Human Rights (GNCHR) , as well as the guidelines of the Committee’s Conclusion on preparation of a National Strategy for Equality of LGBTQI+ prepared in June 2021, with the participation of our memorable President Marina Galanou.

In addition to the legislation on the legal recognition of gender identity, it is necessary:

Our country should comply with the amendment of the classification list of mental disorders (ICD-11), in order to ensure that trans persons, including children, are not categorized as mentally ill and will not be stigmatized, according to the resolution of the CoE, as well as:

a) the Decision of the World Health Organization to revise the international classification list ,
b) the Resolution of the European Parliament 22.11.2012 ,
c) the Statement of the World Professional Association for Transgender Health (WPATH) on 15.11.2017 , and,
d) the position of the Intercultural Psychiatry Branch of the Hellenic Psychiatric Association (HPA) .

a) To explicitly ensure the equal inclusive treatment of trans and intersex people in the field of health without discrimination,
b) To explicitly ensure that trans children and adolescents will not face discrimination and bullying at school and in general, in the field of education in accordance with decisions of the Ombudsman,
c) Amend legislation on equal treatment so that sexual orientation, gender expression, gender identity and sex characteristics are included in addition to work in the fields of education, health, social welfare and insurance, as well as in the provision of services and goods including housing,
d) There should be an explicit provision prohibiting the surgeries of minors without their consent, as required by Resolution 2191/2017 of the CoE, as well as the relevant Committee against Torture of the United Nations which classifies these surgeries in the category of torture, and
e) To review the legal framework (Law 2734/1999) for sex work, in the direction of full decriminalization, protection of rights and de-stigmatization of persons working in sex .

In closing, we would like to express our full support and solidarity with our trans sisters and trans brothers in Ukraine who are trapped in a war waged with complete contempt for human life and dignity and who are experiencing its devastating impact. Especially to trans women who cannot flee and are trapped in Ukraine due to the inconsistency of their public documents. In particular, hundreds of trans women were not allowed to leave the Ukrainian border while trying to flee the country, because their passports still have the name and gender with which they were registered at birth . The current martial law imposed on Ukraine due to the Russian invasion forbids all males between the ages of 18 and 60 who were registered at birth to leave the country and this automatically means that any person of that age who passport states “male name and gender”, prohibited from going out of the border. Among these persons and trans women to whom their documents have not been changed due to the restrictive legal framework, as a result of which both their physical integrity and their own lives are endangered . The European Union, the Council of Europe, the Organization for Security and Co-operation in Europe, and other European and international institutions, must do their utmost to mobilize measures to protect our trans people in Ukraine.

In this context, we call on both the LGBTI Intergroup (Group of MEPs on LGBTQI Rights) and the Council of Europe (CoE), as well as the OSCE, and the international organizations Transgender Europe and ILGA Europe to take all necessary initiatives to end violation of their fundamental human rights, to ensure their safety and physical integrity, and to do what is necessary to ensure the immediate and safe exit of trans persons from Ukraine.

The Greek Transgender Support Association will continue to work persistently to claim all of the above that guarantee the fundamental rights and freedoms of trans, gender diverse and intersex persons, as well as to raise awareness and information of the wider society at all levels, with a host of other actions that make trans persons even more visible in the public sphere.