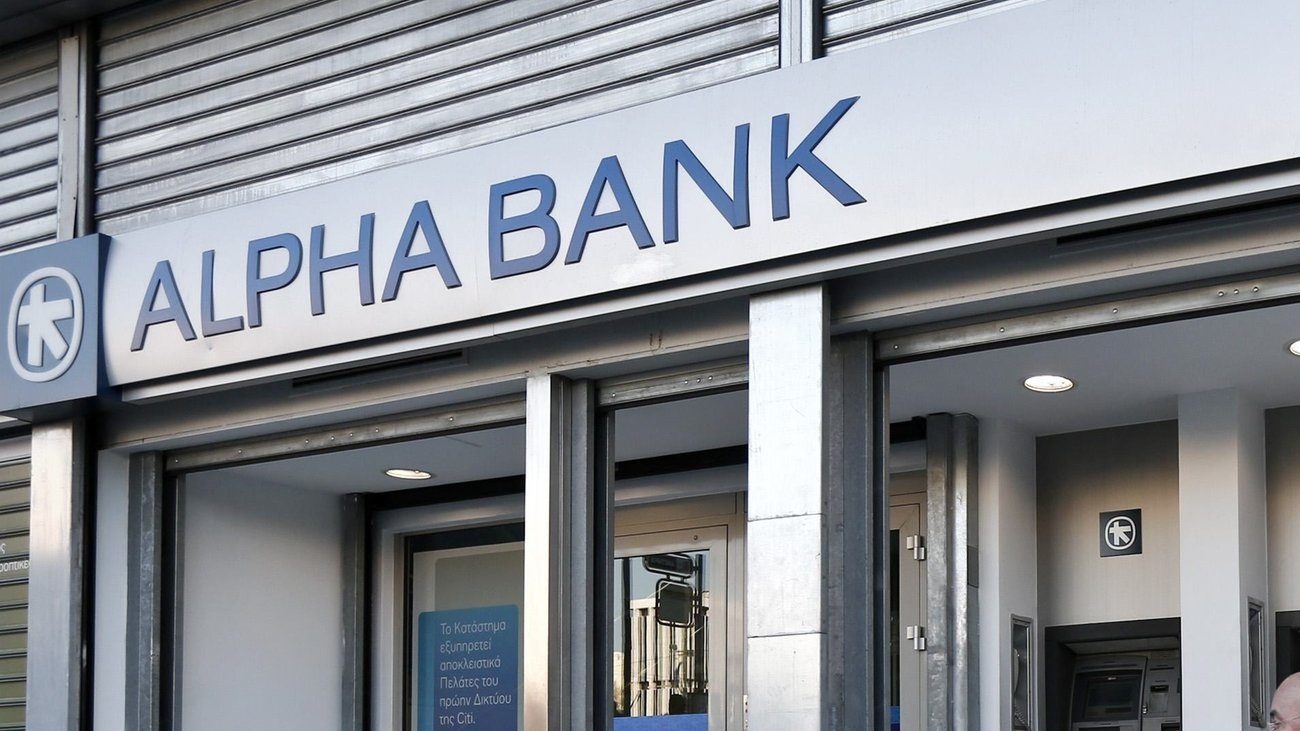 PRESS RELEASE: «Complaint of refusal to apply the law on the legal recognition of gender identity by a branch of ALPHA BANK»

Subject: «Complaint of refusal to apply the law on the legal recognition of gender identity by a branch of ALPHA BANK» 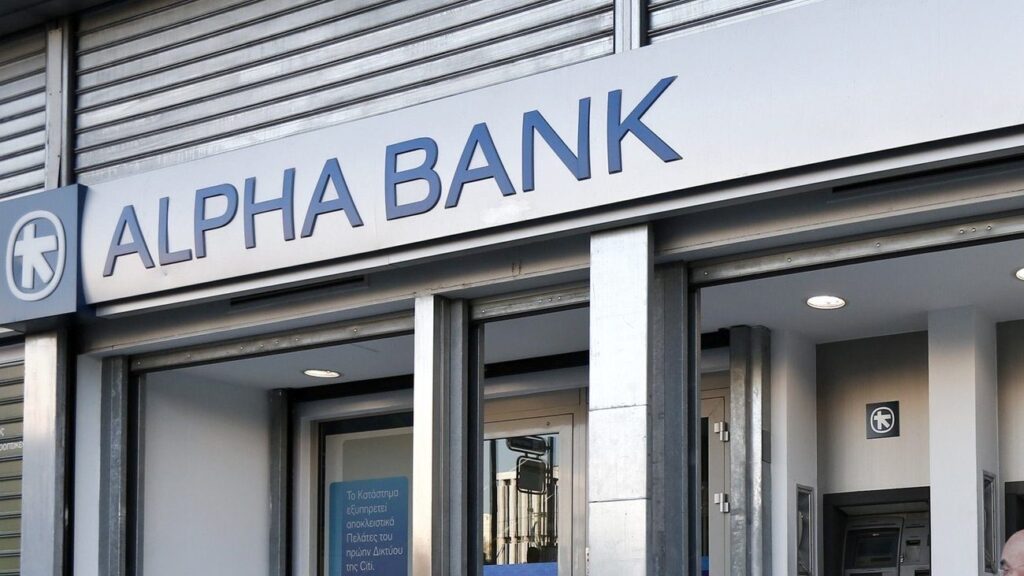 The Greek Transgender Support Association (GTSA), is a voluntary non-governmental organization that promotes the rights and freedoms of trans, gender-diverse, intersex and LGBTQI persons in general, with this press release, strongly complaints of refusal to change the details of a trans person, specifically of the President of the GTSA, Anna Apergi Konstantinidi, by an employee of a branch of Alpha Bank, and also by the Manager of the Bank Branch, as well as the violation of her private life.

In particular, the President of the GTSA followed the entire time-consuming process provided for by the legislation on the legal recognition of gender identity (law 4491/2017), and changed the registration of her gender, first name and last name adjustment, as well as the subsequent administrative.

It is worth noting that, in violation of the law, she was asked (in addition to all other supporting documents) by both the bank employee and the bank branch manager to submit as supporting evidence the court decision of the legal recognition of her gender identity, (and this indeed violates the existing legislation as par. 3 of Article 4, expressly states that this procedure is only carried out on the basis of the new registry act, while it also violates the private life of the person).

Anna Apergi Konstantinidi, refused to submit her court decision invoking Article 4, par.3 of Law 4491/2017 and only submitted the new birth registry act, a copy and original of the police identification card, a tax clearance note, as well as an unemployment certificate of the OAED.

Nevertheless, and despite the fact that no law provides for such a thing, nor is there (and should not be) any authority that issues such a thing, and insulting the personality of the President of the GTSA, the Manager of the Alpha Bank branch, asked her ” certificate of identity”. In fact, as she mentioned “a document that says that this identity is after the change and is yours”.

As Anna Apergi Konstantinidi stated in her complaint to the GTSA:

[…]Today at noon at 12.00 I had an appointment scheduled at Alpha Bank, specifically at the branch in Koukaki (Av. Sygrou 80), in order to change my new details in my bank account, as well as to make the relevant changes in debit banking my card, as they were changed in accordance with Law 4491/2017 on the legal recognition of gender identity. After I submitted all the necessary supporting documents to the bank employee and explained the process, he got up, went to another office to get information about the process, as he didn’t seem to know what to do. Coming back, he told me that I would also have to provide him with a document proving the change, such as a court order. I explained to him that there is no way to provide this because it is my sensitive personal data, it is a confidential document and it is something that the law 4491/2017 does not define. He told me that he should therefore ask the bank’s legal department about how to proceed, while I replied that the legal department has nothing to do with the change of my personal details in my bank account.
I left his office in a very bad state of mind and immediately went to the bank manager. I told her about the problem I was having with her employee and she told me to wait and see what she could do. She went to another office and when she returned she told me the same thing that the employee had told me, that is to submit the court decision. I answered her that what she is asking me falls under sensitive personal data and is not defined by the law, while I challenged her to enter and read the procedure as it is defined in Article 4 of 4491/2017. The response I got from the manager was that “we are not here to read the laws”, then looking at my ID she asked me if there is any document to prove that this is my new ID and that it is mine. […]

[…]Based on the new registry act, the services responsible for issuing other documents on which the identity of the person is indicated or on which the person depends on rights, as well as for the entry in registers or lists, such as electoral ones, have the obligation to issue new documents or make new registrations with the registered gender, first name and surname of the person corrected. In the new birth registry act, in the new documents and in the new registrations, it is not allowed to state that the registered gender has been corrected.[…]

Here we should note that the refusal to update the details of the trans woman, in addition to a violation of Law 4491/2017, also constitutes a violation of the General Regulation (EU) 2016/679 on Data Protection, which in article 5/d’ imposes on the data controller the “correction of inaccurate personal data”.

We would like to point out that the incident that happened to the President of the GTSA is not the first transphobic incident that has taken place at this particular Alpha Bank branch.

In October 2020, a trans woman was transphobically verbally assaulted by a bank employee who told her “I can’t serve you sir because I can’t identify if you are who you say you are”, and when the trans woman asked to see the manager , the employee answered her by shouting “look, the abnormals have raised their heads”.

In December of the same year, at the same branch, a trans woman was also transphobically verbally assaulted by a bank employee. In particular, the bank employee who was responsible for serving citizen-customers, started addressing the wrong gender to the trans woman in front of a crowd of people. When the trans woman told him to talk to her better and be more attentive, he looked at her ironically while shouting loudly in front of everyone present at the store at the same time, “What do you say, sir, you are not going to say to me how I’m going to talk to you. I will talk to you as I want and I already treat you very well, if it was someone else it wouldn’t even serve that you are even talking”, while he continued “and what do you want me to call you, show your ID now and let’s see what it writes…”.

On May 15, 2021 at noon, a trans woman called Alpha Bank customer service and the employee refused to serve her. The trans woman called at approximately 3.30pm the Customer Service Department of Alpha Bank in order to receive some specific information in order to process an online transaction. The employee told the trans woman that he would have to speak to him (meaning the bank account holder). The trans woman is in the process of changing the details of her documents, which has not been completed, for this reason her documents show the details with which she was registered at birth. When the trans woman replied that she is the person who owns the particular bank account, the bank employee asked her if she could give him her identity information, father’s name and tax number. The trans woman gave it all to him immediately. The employee told her that “unfortunately” he couldn’t cross-check the information for some reason and that she would have to make an appointment at a bank branch. When the trans woman asked him why he could not serve her, the employee replied that he could not do the identification. Then the trans woman, wanting to be served because she had to process a bank transaction immediately, revealed her gender identity to him, telling him that if he is skeptical that she is not the holder of the bank account because of her voice, it is because she is a trans person. The employee replied that he could not serve her. When the trans woman persisted, telling him that she sees this as a refusal of service because of her gender identity, which is highly racist and transphobic, and that she is being discriminated against and treated unequally because she is trans, the employee told her to wait in line. The trans woman waited in line for about 15-20 minutes. When the bank employee came back to the phone line, he told her that he could not serve her without telling her the reason and hung up on her.

The case of the incident that happened to the President of our Association, is one of the many that the GTSA has complaint in the public sphere, not only of ignorance of the application of the law, but also of the refusal to apply it in cases like this one, as it emerges from the facts , there is a racist transphobic background.

The Greek Transgender Support Association, complaints the incident and will support any legal action to restore and compensate her President, while at the same time calling on the State to take all the necessary actions to comply with the existing legislation as well as the necessary amendments to the law in order to respond to the real needs of trans persons.