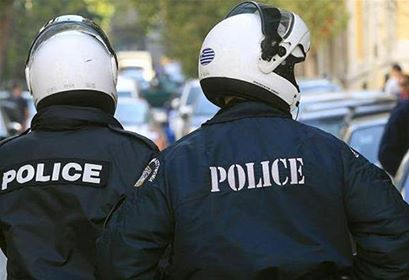 The Greek Transgender Support Association (GTSA) a voluntary non-governmental organization promoting the rights and freedoms of trans, gender diverse and intersex people, with this press release, reports an incident of police arbitrariness against a trans woman, solely on the basis of her gender identity. Specifically, as the trans woman herself records in her complaint:

“On Monday 9/12/2019 I was in a two-storey nightclub in downtown Athens with friends. On the ground there was a scuffle between a group of six people who caused damage to the store, we were on the upper floor and shocked by the events, and the owner of the store called the Police as several damage was done to the store. In fact, at 23:20 pm, eight Greek Police motorbikes arrived at the store. The police arrested the people that the owner pointed out and then started yelling at us sitting upstairs why are you looking? Apparently they could not understand that we who were watching the incident because we were terrified.

They went upstairs and asked for all of our documents. The Police Officer asked me to look for my personal belongings. I replied that I have no problem as long as I take my belongings out of my bag and not empty it. So as I was showing him the personal belongings I had in the bag, he tells me “you have a thick voice anyway”. I replied to him that I do not understand why he says this to me. While we were finished with the search, and found nothing illegal, he wanted to go in for a physical search. All the while the policeman was making fun of me, mocked me and making me feel uncomfortable just because he had realized that I was trans woman. I replied that I could only be physically searched by a female police officer in a police station. Then he laughed and said, “Look, the tranny requires special treatment.” I found the courage to reply that I would report the incident properly. He kept joking, racistly telling me “tell me this at the department”. While he kept saying to me not to go away, as he is going to arrest me. At that time, I called 911 on my cellphone, informed about the incident, that I was a victim of racist arbitrariness by a police officer and that they were harassing me in a completely illegal way, since I had all my documents, I had not done, nor was I suspected of any crime and nothing suspicious was found in my personal belongings either. With the police officer I was talking to on the phone, she advised me while she waited on the phone to ask the police why they were arresting me. Then the police officer who offended me and verbally abused me earlier replied “you will learn the reason at the department”. They called a car and drove me to the Ano Patision Police Station at 23:55.

Entering the car the police officer who verbally abused me earlier, grabbed my chest nipple and told me again, “Oh it is real,” and laughed, insulting my dignity again.Upon arriving I asked to see the service officer. I waited for about an hour outside his office, until a woman came into his office and immediately called me. I asked to find out who the lady was and she told me she was called after my call to 911, she is a “server” and is there to help me. I explained the incident to her, informed her that I know that I am a victim of racist arbitrariness and that I would like to sue the police officer for racist behavior, breach of duty, unjustifiable insult, and publicly discriminating against me, and also for arbitrary prosecution, all motivated by my gender identity. The server told me not to sue as I would not do anything, even to provoke the rage of the police officer and to sue me too. I asked her why the police officer would sue me and she told me about blocking the investigation and that he felt threatened because of me. I replied that I know the shop owners and that the store has cameras so it can be proven if I interfered with the police investigation or normally cooperated, as I said. As for the threat, all I said was that I would report the incident properly and then I called 911. In addition, I told her that I was not a second-class citizen and that I wanted to be treated equally by civil servants. It is worth noting that while I filed the lawsuit properly, I was kept in the police station until 6:30 am. My partner and his brother came to see me, but they did not allow them, they send them away. ”

All of the above indicates that although there was no indication that the trans woman had committed – or was suspected of – any criminal offense, despite the fact that her personal belongings and identity documents were thoroughly searched by the police (however the trans woman had changed her identity in her documents while completing her gender reassessment), although she did not refuse physical search as long as it was legally held by a female police officer, or in any way impeded or she committed the offense of defiance, throughout the incident she was insulted, offended, completely arbitrarily and solely because of her gender identity, since all the insults by the police officer were related only to her gender identity and not to any abusive behavior .

The Greek Transgender Support Association, as in all cases, it will in all legal ways stand with the trans woman who has received this unmistakable racist arbitrary behavior by a police officer, but at the same time expresses its deep concern as this incident is compounded by a series of other police arbitrary incidents or violence that has come to the public sphere, which beyond any doubt raises the public’s trust in the democratic rule of law and the self-evident obligation of the state for dignity and equal treatment for all citizens. Furthermore, on this occasion, we reiterate the call for the creation of a new Independent Authority with the sole purpose of investigating police arbitrariness and with full competence, as our Council of Europe Commissioner for Human Rights has pointed out in our country.

THE BOARD OF DIRECTORS