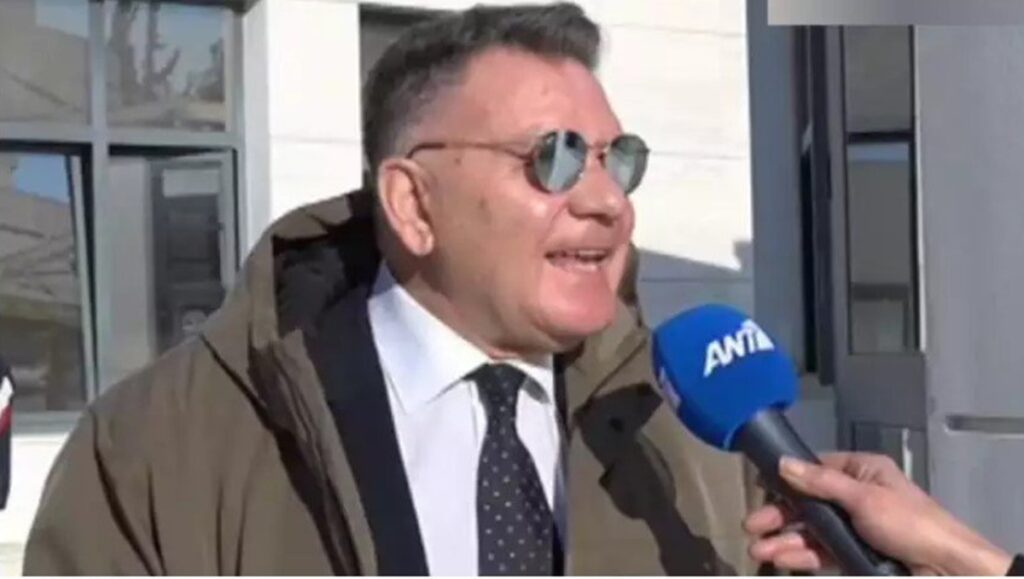 The Greek Transgender Support Association (GTSA), is a voluntary non-governmental organization that promotes the rights and freedoms of trans, gender-diverse, and LGBTI persons in general, as well as sex workers, with this press release strongly complaints about the continuous abusive and extreme racist transphobic speech against trans people, by lawyer Alexis Kougias.

The reason for this intervention is the statements of the lawyer Alexis Kougias in a morning show of the TV channel of ANT1, where the lawyer and defense attorney of Mr. Lignadis, referring to a trans person who has been called as a defense witness for the victims in the trial against Dimitris Lignadis, indulged in an unprecedented racist-transphobic delirium both against the witness and against trans people in general.

«I did not even know this existence… I do not know what his real name is, I was told he was a witness in the case, but I did not see Tzef Montana as a witness. I saw a caricature appear in some shows in the last few days and again I did not understand what exactly is happening with this person. I have no opinion, I do not know him personally.

For a year now we have been dealing with faggots and switcheroo’s sex acts. Alas now if we start dealing with them. I learned that he sent an out-of-court document to my office, I have not read it at all. But, can I tell you something? Great value of this person. I had seen him one day in Glyfada and they told me this is Tzef Montana. He was walking on the street and holding a feather. If you see how he walked with the feather in his hands! I laughed! Let the court evaluate them.

Some will not impose their views on us, who, personally, I believe have not found their way. Let them start walking the straight path in their lives and then criticize the others.»

The lawyer’s intentional and deliberate reference to trans persons in the wrong gender (missgendering), stigmatizes them, abuses them and constitutes abhorrent violence for reasons of gender identity, because it challenges their gender existence, puts at risk the protection of their personality as an integral of trans people’s personality is their gender identity, it is cultural and structural violence that leads to physical violence against trans people, while it is directed against a group of people who suffer the most from discrimination, exclusion and violence.

Indeed, this is confirmed by the report “Human Rights and Gender Identity“, by the Council of Europe Commissioner for Human Rights, which states, among other things: “The human rights situation of transgender persons has long been ignored and neglected, although the problems they face are serious and often specific to this group alone. Transgender people experience a high degree of discrimination, intolerance and outright violence. Their basic human rights are violated, including the right to life, the right to physical integrity and the right to health”.

The above delirium of the lawyer, is the epitome of racist – transphobic speech, since he believes that trans people do not deserve any respect […]For a year now we have been dealing with faggots and switcheroo’s sex acts. Alas now if we start dealing with them.… .I laughed! […], are marginalized and therefore it is justified to deprive their fundamental rights, simply because of their gender identity or gender expression.

But above all, the specific vulgar expressions (faggots, switcheroo’s sex acts) are an insult to the personality that targets both the core of the trans person’s personality, and in general against all trans and gender diverse persons, while directly violating the anti-racist Law 4285/2014).

We also remind that:

According to law 4491/2017 on the legal recognition of gender identity: “Article 1: The person has the right to recognition of gender identity as an element of personality”. [1] We note that this article concerns every person, regardless of whether their documents has changed, while in a number of laws, including Article 81Α (racist violence), the anti-racist law (Law 4285/2014), the legislation for equal treatment (Law 4443/2016), and others, include in the categories of legal protection and gender identity.

In addition to the current legislation, it is worth mentioning that according to the Ombudsman’s Diversity Guide for Civil Servants: “The concept of gender identity must be understood and everyone’s self-perception of their gender must be respected, regardless of the facts of details on id card or other identification documents. When such a case is perceived, the same procedures must be followed as for all other citizens”, while recent court case law has ruled that referring to the wrong gender and name is a form of abuse [2].

Finally, according to the Code of Lawyers: “Article 5. Fundamental principles and values in the practice of law – The lawyer in the exercise of duties: a) Defends the Constitution, the European Convention on Human Rights and its Additional Protocols, the Charter of Fundamental Rights of the European Union, as well as all international and European conventions on human rights “.

We call on the Athens Bar Association (ABA), with particular respect for its mission, which includes the protection of the human rights of all our fellow citizens, to discipline its member, Mr. Alexis Kougias, as these behaviors violate the legal function and the rule of law.

We publicly denounce the lawyer Alexis Kougias, for his persistently intentional racist transphobic speech, stating unequivocally that we reserve the right to take any legal action in any case where trans persons are abused in the public sphere.

We reserve all our legal rights, as the expressions he used, blatantly insult both the personality of the trans person addressed, and the trans community and gender diverse persons in general as a whole.

[2]Case of a Canadian court: https://www.gaystarnews.com/article/misgendering-trans-kids-can-constitute-child-abuse-canadian-court-rules/